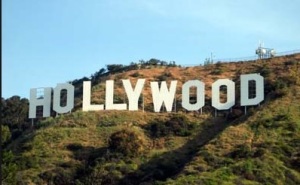 I think God loves to fill our lives with tensions. It requires us to push past our intellect and into an actual relationship with the highly controversial Jesus. I recently read a blog post by a fellow Christian about how evil Hollywood is, and my heart sank.

Wow, what a bummer.

Jesus instructed us to go into ALL the world. Did He leave out “evil” Hollywood because He didn’t know one day it would exist? Was Jesus oblivious to debauchery and sin? Was that just an innocent Jesus making that statement? Did the Son of God not know about “evil” people?

From what I have studied about culture in His day, I am going to go with a BIG FAT NO on all of the above.

“But God still loved us with such great love! He is so rich in compassion and mercy! Even when we were dead and doomed in our many sins, He united us into the very life of Christ and saved us by His wonderful grace!”

How often we forget the way we have been loved, even in our messiness!

I think Jesus was letting believers know we have been empowered to make a difference! I think He was reminding us that He lives in us and He has overcome this world. Even more than that Jesus was being vulnerable with us. The Son of God was sharing His heart with us, His followers. His heart breaks for those who don’t know Him.

I am pretty sure He came with the hope that none would parish. NONE. (2 Peter 3:9)

He laid down His life for Hollywood.

Who are we to say that doesn’t include a particular people group or region?

What a shame that we let our religious judgements become more important that our ultimate call of loving people into His arms. We are His reward. They are His reward! How can we withhold from the One who saved us?

Back to tensions… The same week that I read that blog, a pastor from LA, Shawn Bolz came to speak at my church. He told the story of how a prime time TV star of a show you would know recently came to the Lord. A child actors father was on set and led her into the loving arms of her Heavenly Father.

Wow! How cool is that?

He talked about how love is the only way we get access to people’s hearts. When we have judgement, it removes our influence.

We cannot expect the unsaved to live like saints.

We need to have our hearts postured with love and compassion to allow God to move through us. They are His beloved children. He won’t allow us to have access with our bitterness, slander, and judgements. He will however open doors we never could when we chose to love.

This requires intimacy with God. We have to ask Him for his heart, compassion, perspective, and wisdom.

You don’t need God to judge. You can do that on your own, and there in lies the problem.

Hollywood isn’t evil, it’s lost. Whose going to show them the Way if Christians don’t?

People aren’t evil, they just don’t know who they are and Whose they are yet. We cannot expect them to unless we are willing to help. We act out of who we believe we are.

Do we believe that light is more powerful than dark? Then, we have to be willing to penetrate those places until there isn’t a shadow left. The odds of darkness walking into your church are slim, but the possibilities are endless when we are willing to be a light in the dark places.

Church, we need to learn to love! We need to recognize that kindness leads people to repentance.

I think we can all agree that Hollywood has incredible influence. Let’s choose to love and seek Gods heart rather than judge the lost. Imagine what the world would look like if Hollywood began to use its influence for the kingdom. I cannot think of a quicker way for the world would be changed!

So please be kind. Judgement doesn’t bear fruit, and it’s not our job anyhow. Let’s press into His presence and be a body who prays into revival in Hollywood. Put down the swords and ask what your role is in seeing Hollywood transformed!