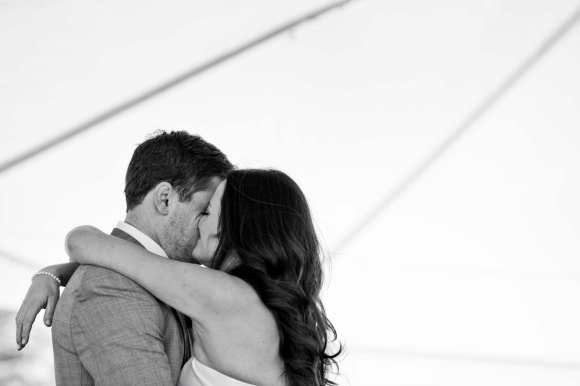 Today I am posting a guest essay written by husband.  I’ll give you a bit of background on this for it’s a story worth retelling.  I am the baby of four kids, and have a southern dad who takes his role as protector with utmost seriousness.  So when I came home in June and introduced him to the man I wanted to marry he had some “requirements” so to speak.

Chuck and dad went out for breakfast and he let dad know his intentions with me.  While they were away I shared the girly version of our story with mom.  She loved it.  So when dad came in and stated that he was requiring Chuck to

A. List out the ten reasons why he wanted to marry me,

B. Write a biblical one page essay on his view of marriage,

before dad would give his blessing.  We giggled a little.  It seemed a bit intense in the moment, but now I find it quite endearing.  I have a dad who knows my value, and wanted to make sure this man knew it as well!  I have a great dad.

Thankfully, I have a great man as well who was more than willing to comply.

Chuck used the ten reasons he wanted me to be his wife in his proposal.  (Yep, it paid off for him as well!)

BUT, I didn’t read his essay till this morning, and thought it’d be fun to share with you as well.  So here it is…

What God’s Word Says About Marriage

“We live in an age where much of the western world has devalued the covenant of marriage, deeming it less than sacred. To many, it is an old fashioned formality at best. However, those who hold fast to the sacred scriptures and believe The Bible to be the perfect, divinely inspired word of God, marriage is part of God’s perfect plan for mankind. Marriage is one of God’s gifts to humanity.

After God created the first man He said, “It is not good for man to be alone; I will make a helper comparable to him.” (Genesis 2:18, NKJV). God did so by taking one of Adam’s ribs from him and using that rib to create women (see Genesis 2:21-22). When God presented the women to Adam he said, “This is now bone of my bones And flesh of my flesh; She shall be called Woman, Because she was taken out of man” (vs 23). The Bible goes on to say, “Therefore a man shall leave his father and mother and be joined to his wife, and they shall become one flesh” (vs 24). When a man and women become married, they are no longer two, but the two have become one.

God’s covenant of marriage is not to be taken lightly. When a man and women get married, they should remember that they are not only making a commitment before people, but also before God Himself. Marriage is a joining together of a man and women for as long as they both shall live. And divorce is not God’s desire for any married couple (See Matthew 19:4-6). Therefore, lifelong commitment to each other is vital to every married couple. God also desires that marriage is the environment in which children are raised (see Malachi 2:14-15).

For Christians, God’s instruction is that believers only be married to another believer. If a Christian marries an unbeliever they become what the Bible calls “unequally yoked” (see 2 Corinthians 6:14). And man is to have only one wife, and a women one husband. The Bible also teaches that marriage is meant to be between a man and women only, and never between those of the same sex (see 1 Cor.6:9-10, Leviticus 18:22). This should be obvious by the fact that it takes a man and a women to procreate. Same sex marriage is both unnatural and unbiblical.

Marriage is sacred and holy, but it is also a gift that’s meant to be enjoyed. It is a union that’s designed to benefit us spiritually, emotionally and physically. And romance is a very important part of marriage (see Song of Solomon). Marriage is so close to the Lord’s heart that he used it as a picture to describe Christ’s relationship with His church (see Ephesians 5:22-33). In the same way that Christ is the head of the church, the husband is meant to lead in the marriage relationship. And, the wife is called to submit to her husband (see Ephesians 5:23-24). However, this only works properly when husbands love their wives with the same sacrificial love that Christ has for the church (see vs 25).”

In case you are wondering, dad has now fully embraced Chuck.  We knew this for certain when they were at my dad’s tree farm in August and he started calling him “Chucker”.

One thing I’ve learned is that marriage is a transition for everyone in the family, not just us. It’s been a bit of an unexpected journey, but it’s moving forward, and worth it all.

I hope this blesses you today!

3 thoughts on “What God’s Word Says About Marriage”